Voluntary Disclosure: Then vs. Now

The Offshore Voluntary Disclosure Program (OVDP) provides an opportunity for taxpayers who have assets in foreign financial institutions to come forward and resolve their tax issues if those taxpayers failed to comply with all reporting requirements. U.S. affiliated taxpayers have myriad obligations when they have offshore financial accounts and investments. Depending upon the account value, offshore investors must not only declare income from offshore investments, but they may also be obligated to file a Report of Foreign Bank and Financial Account with the Financial Crimes Enforcement Network (FinCEN) and may be obligated to submit a FATCA form to the Internal Revenue Service.

The penalties associated with failing to make reports of offshore accounts are substantial. In some cases, taxpayers have had to pay significantly more than the value of the undeclared offshore funds as a result of not making the proper disclosures.  There is even the risk of being criminally prosecuted for noncompliance with FATCA, FBAR and other tax rules.

Thorn Law Group has extensive experience assisting clients who invested offshore but who did not fulfill all of their reporting obligations. Because members of our legal team used to work for the IRS and because we have experience in tax courts, our voluntary disclosure lawyers have unparalleled insight into how the IRS works to investigate taxpayers and to pursue civil and criminal actions. We have also helped hundreds of offshore investors to resolve compliance issues related to FATCA and FBAR so we can provide the assistance and advice you need to determine if voluntary disclosure is your best course of action.

Offshore Voluntary Disclosure Programs have existed in various forms for a long time, and we have been there from the beginning helping Maryland investors who wish to participate in these programs in order to resolve tax issues. However, OVDP has changed in form and nature, and some of the changes have made a big impact on the rights of participants. Taxpayers considering OVDP participation may wish to understand the history of OVDP so they will know more about this program and whether participation is the right choice.

OVDP first began in 2009, as part of IRS efforts to fight tax evasion that was occurring among individuals with undeclared offshore funds. The 2009 program required taxpayers who came forward to pay taxes on investment returns and interest from their offshore investments from the prior six years as well as to pay a penalty equal to 20 percent of the highest aggregate balance on the accounts between 2003 and 2008.  The initial OVDP program was launched in connection with a high-profile crackdown on Swiss banks that had facilitated tax evasion.

The initial OVDP was very successful and the program generated around 15,000 disclosures between March and October of 2009, the duration of the time for which the program ran. The IRS collected around $3.4 billion as a part of this initial 2009 OVDP program. Unsurprisingly, the IRS decided to launch another voluntary disclosure program, this time in 2011. The 2011 Offshore Voluntary Disclosure Initiative (OVDI) allowed the IRS to obtain another 12,000 disclosures.

Finally, in 2012, an open-ended voluntary disclosure program was announced by the IRS, which had no designated end date. This 2012 program is still open to taxpayers who wish to make reports of foreign accounts that were previously undeclared. Although some changes occurred in 2014, the OVDP that is currently in effect is simply a continuation of the 2012 program with modified terms.

As the IRS continues its crackdown on foreign banks, and in light of disclosure requirements imposed by the Foreign Account Tax Compliance Act, many taxpayers should consider participation in the 2012 OVDP before the IRS discovers their offshore accounts through other means and it becomes too late. However, there are penalties and potentially serious consequences associated with attempted OVDP participation, so talking with a voluntary disclosure lawyer first is beneficial.

Our Maryland voluntary disclosure attorneys have seen the voluntary disclosure program undergo many changes throughout the years. Today's OVDP is different from the 2009 and 2011 Offshore Voluntary Disclosure Program. The 2014 changes have even modified the original terms of the ongoing 2012 program.  Some of the changes that have been made include the elimination of the reduced penalty structure under past OVDP  versions and the expansion of streamlined OVDP filing. Streamlined filing allows for lesser penalties for taxpayers who submit amended returns and missing FBARs and who attest that their violations were not willful ones.

The OVDP now applies a 50 percent offshore penalty if a foreign financial institution at which a taxpayer has or had an account has been publicly identified as being under investigation by the IRS for helping to facilitate tax evasion. The penalty also applies if the foreign financial institution where an investor had offshore funds has been publicly identified as being in a cooperation agreement with the IRS. The 2012 OVDP had already increased penalties from the 2011 Offshore Voluntary Disclosure Initiative, as the 2011 initiative imposed penalties up to 20 percent of the highest aggregate value of offshore funds while the 2012 initiative raised these penalties to 27.5 percent.  The trend has been increased penalties for willful violators.

The voluntary disclosure lawyers at Thorn Law Group can help you to understand potential penalties that could be assessed under the current OVDP so you can understand the consequences that you could face for participation in the most current version of the voluntary disclosure program. The IRS has made clear that the terms of the OVDP Program could change at any time and the IRS states that it could “increase penalties or limit eligibility in the program for all or some taxpayers or defined classes of taxpayers.” The IRS also indicates that the program could be ended at any time.  As penalties did increase in 2012 and 2014, compared with prior versions of the OVDP, taxpayers should be wary of the potential that delaying the resolution of their tax compliance problems could result in a more substantial penalty in the future.

What is the Purpose of IRS Voluntary Disclosure?

The IRS started OVDP to allow offshore investors to come forward and report their own failures to follow reporting requirements. The IRS also launched an amnesty program for foreign financial institutions, which is called the Swiss Bank Program, and which gives foreign banks the chance to avoid criminal prosecution by reporting on how they helped to facilitate tax evasion. The Swiss Bank Program requires foreign financial institutions to provide information on account holders, which the IRS can then use to conduct investigations.

Both OVDP and the Swiss Bank Program are intended to help the IRS capture lost revenue. When funds are kept offshore and taxpayers don't report income, billions of dollars are diverted from the public treasury. The IRS is participating in a worldwide crackdown to stop the loss of tax dollars, and getting taxpayers and banks to cooperate with the IRS is seen as a simple and beneficial way of achieving this goal.

Who Should Participate in OVDP and Why?

Maryland taxpayers who did not file FBARs, who did not submit forms required under FATCA, who have not reported offshore income or who have otherwise failed to follow U.S. rules for offshore accounts should consider participation in OVDP.

Participation in OVDP can result in much lower penalties than would be faced if a taxpayer was identified by the IRS as having offshore funds and failing to comply with reporting requirements. Offshore investors have faced civil actions in which penalties were assessed that exceeded the value of offshore accounts. Criminal prosecution, with the potential for incarceration, is also a very real possibility if a taxpayer is identified by the IRS as having secret offshore funds before the taxpayer has come forward to participate in the voluntary disclosure program.

Since the Swiss Bank Program is incentivizing banks to report on offshore accountholders, and since FATCA imposes requirements on financial institutions to make reports of U.S. affiliated accountholders, the chances of the IRS discovering offshore funds are very substantial. It is too late to participate in OVDP if an investor is already under investigation. As a result, many U.S. affiliated individuals with offshore funds have made the choice to participate in OVDP so they can avoid the threat of serious financial loss and potentially the threat to their personal freedom that a criminal prosecution could present.

What Must You Disclose to Participate?

There are different processes for participation in voluntary disclosure programs, depending upon whether you are a willful or a non-willful violator.  Non-willful violators can participate in a streamlined OVDP by submitting amended and information returns. Forms which may be necessary include IRS Forms 2926, 3520, 3520-A, 5471, 5472,8621 and 8938.  Original or amended FBARs may also need to be filed. Penalties must be paid, although streamlined OVDP without penalties is a possible option for U.S. connected individuals living abroad.

For those not eligible for the streamlined OVDP process, Maryland taxpayers also must submit IRS forms and cooperate in providing information to the IRS and in signing agreements to extend the IRS assessment time period.

Both streamlined OVDP participants and those not eligible will need to provide information on account balances, as penalties are assessed based on the aggregate value of offshore accounts during the disclosure time period.

What are Penalties for Non-Disclosure?

Some of many penalties that could be imposed on those who opt not to participate in OVDP include:

These are just a few examples of the myriad potential penalties that you could face if the IRS determines that you have undeclared offshore funds and if you are not an OVDP participant.  Worse, you could also be subject to the potential for criminal prosecution under the Bank Secrecy Act for your failure to file FBARs and could be subject to other criminal charges under the Internal Revenue Code, including charges for tax evasion or failure to file income tax returns.

How a Maryland Voluntary Disclosure Attorney Can Help

A Maryland voluntary disclosure attorney at Thorn Law Group can provide invaluable assistance with understanding how the Offshore Voluntary Disclosure Program works and can help you to take steps to ensure that participation is right for you. We can also help you to determine if you can qualify as a non-willful violator eligible for streamlined filing.  To find out more about the assistance we can offer, give us a call today. 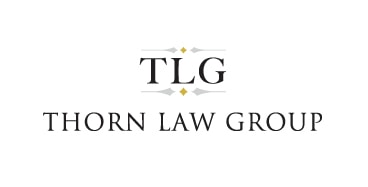